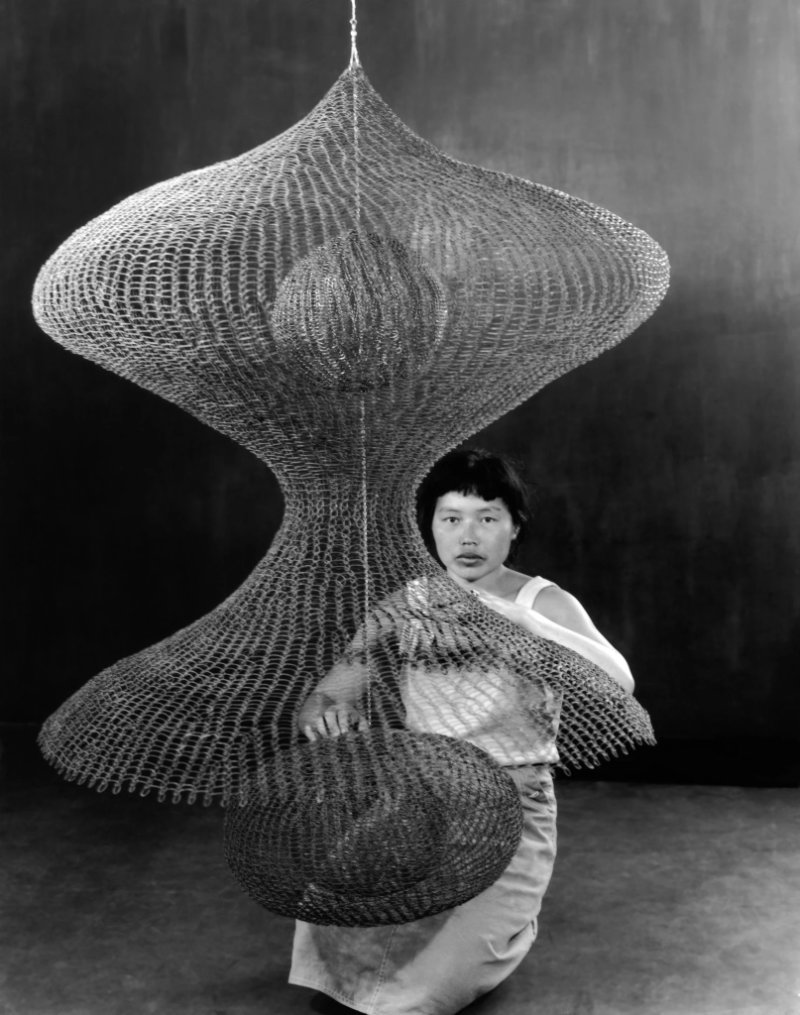 “The Japanese-American Sculptor Who, Despite Persecution, Made Her Mark” by Thessaly La Force in The New York Times Style Magazine, tells the story of how Asawa was rediscovered after fading from the public eye.

“In a culture of acknowledging those who were previously overlooked, when artists and their earliest champions are finally getting their dues, there is a satisfaction in witnessing the record be corrected. Yet a purely revisionist approach ignores the ways in which Asawa’s art is still remarkably contemporary, how it is a clear articulation of midcentury art’s engagement with spatial abstraction. I have stood in a gallery hung with Asawa’s wire sculptures, where the movement of my own body has caused them to sway, the shadows of the woven wire dancing against the floor. For a moment, I was quietly transported elsewhere — to the deep sea, to a forest or maybe to someplace altogether unearthly.”

“Standing in her living room, flooded by the midday sun, the city unspooling below, I was able to conjure a black-and-white 1995 photograph that depicted how Asawa’s most important sculptures were hung in her home (many have since been placed in prominent museums and collections). Her children told me anecdotes, collected over the years: Asawa was fond of pointing at her sculptures, constellations in her own universe, and remarking that “this one is a seminal piece,” “that one should go to a museum.” “Somehow,” Addie Lanier told me, “She knew that the works would get there.”

View a timeline of her life >