“Learn something. Apply it. Pass it on so it is not forgotten.” 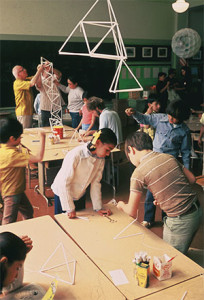 In 1968, Asawa co-founded the Alvarado School Arts Workshop, with friend and fellow parent, Sally Woodbridge. It was an innovative program that involved parents and professional artists in the public schools so that young children had the chance to develop more fully as individuals.

They started with almost no money and throwaway objects — milk cartons, egg cartons, scraps of yarn, and flour, salt and water. They spent the summer working with baker’s clay. It was a cheap and safe material to introduce children to sculpture.  Learn how to make baker’s clay >

At about the same time, Asawa became a member of the San Francisco Arts Commission and began lobbying politicians and charitable foundations to support arts programs that would benefit young children and average San Franciscans.

At its peak, the Alvarado School Arts Workshop was in 50 public schools in San Francisco. It employed artists, musicians, and gardeners and recruited thousands of parents to be involved in public education.

Asawa would go on to serve on the California Arts Council, the National Endowment for the Arts, and become a trustee of the Fine Arts Museums of San Francisco. As an arts advocate, her focus was always on arts education.

Asawa was instrumental in founding the public arts high school in San Francisco in 1982. In 2010, the school was named the Ruth Asawa San Francisco School of the Arts in her honor. Her vision was that the school be located next to the ballet, opera, and symphony in the Civic Center arts corridor in San Francisco. Her time at Black Mountain College convinced her of the importance of giving students opportunities to work directly with professional artists.

“A child can learn something about color, about design, and about observing objects in nature. If you do that, you grow into a greater awareness of things around you. Art will make people better, more highly skilled in thinking and improving whatever business one goes into, or whatever occupation. It makes a person broader.” 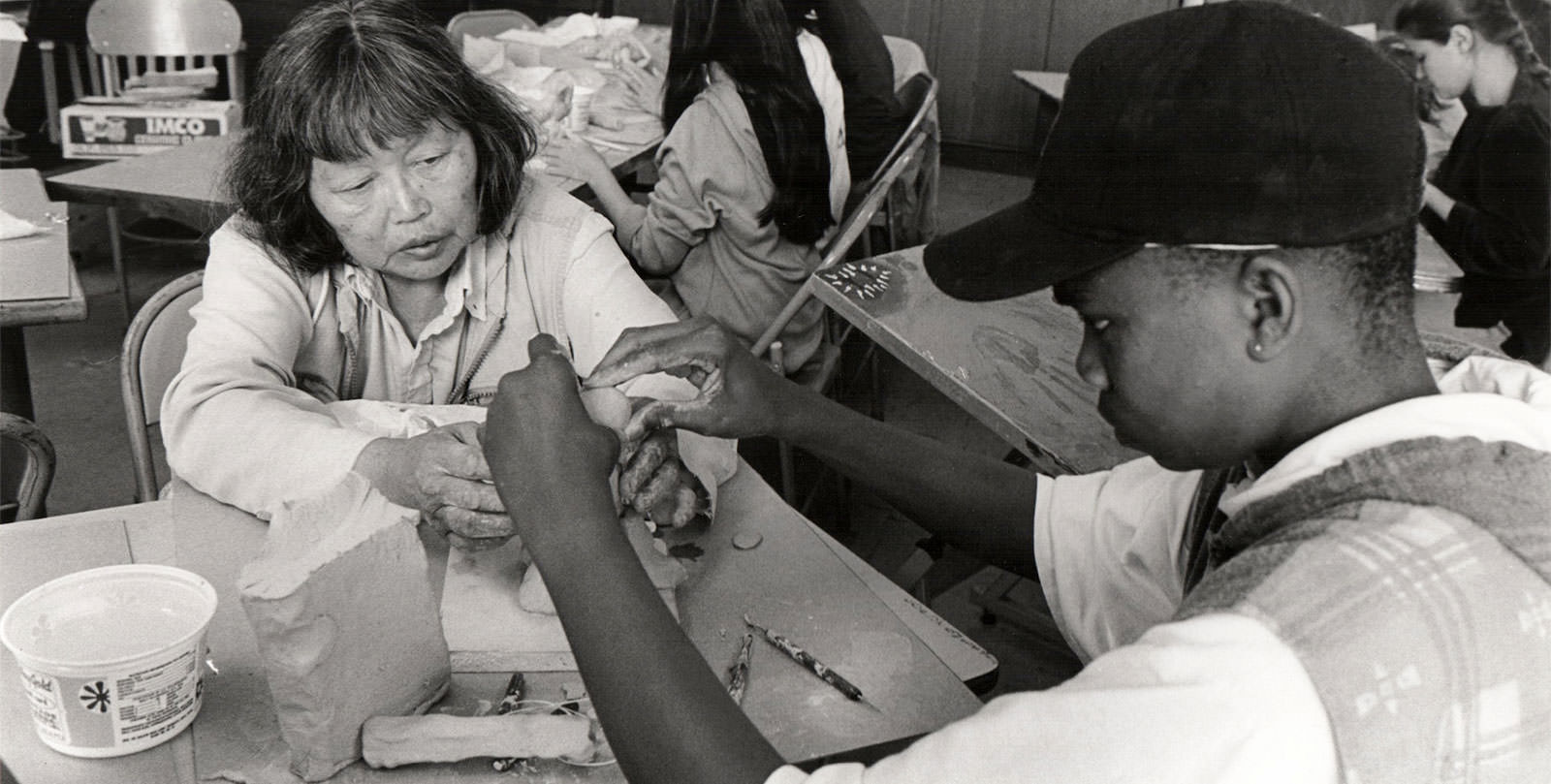 Asawa works with a student at the public arts high school, 1993. Photo by Tom Wachs

“I think that I’m primarily interested in making it possible for people to become as independent and self-sufficient as possible. That has nothing really to do with art, except that through the arts you can learn many, many skills that you cannot learn through books and problem-solving in the abstract.”

View a timeline of Ruth’s Life >