Black Mountain College was a grand experiment that would last only 24 years. Conceived by idealistic and progressive faculty from other colleges and an advisory board that included John Dewey, Albert Einstein, Walter Gropius, and Carl Jung, the college opened in rural North Carolina in 1933. The goal was to create a liberal arts college where democratic principles governed how the college was structured. Its progressive ideals put the practice of the arts at the center of the curriculum and made students responsible for their own education.

No courses were required, but students were expected to play a part in the school community by working on the farm, working in the kitchen, even building the school buildings and furniture at times. One of the founders John Rice reported that “our central and consistent effort is to teach method, not content, to emphasize process, not results; to invite the students to the realization that the way of handling facts and himself amid the facts is more important than facts themselves.”

By the time Asawa arrived in the summer of 1946, it had been in operation 13 years. Protected by its rural isolation, the college had succeeded in creating a safe environment where a truly individualized education was possible. According to Asawa, “Teachers there were practicing artists, there was no separation between studying, performing the daily chores, and relating to many art forms. I spent three years there and encountered great teachers who gave me enough stimulation to last me for the rest of my life — Josef Albers, painter, Buckminster Fuller, inventor, Max Dehn, the mathematician, and many others. Through them I came to understand the total commitment required if one must be an artist.”

“We do not always create ‘works of art,’ but rather experiments; it is not our ambition to fill museums: we are gathering experience.” — Josef Albers 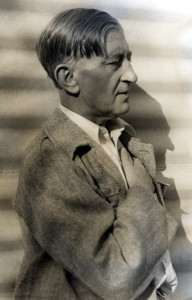 Josef Albers, who fled Germany after the Nazis closed the famous Bauhaus art school, established the arts curriculum at Black Mountain in 1933. Black Mountain College came to be identified with experimental art in America largely because of Albers’ pedagogical efforts and the caliber of visiting teachers he was able to recruit. His method of teaching was a structured exploration of discovery and invention. Albers’ influence on Asawa’s approach to work was profound. To the end of her life, she often described her work simply as “an experiment.”

Albers’ design courses taught Asawa the importance of relationships and the relativity of perception. These relationships were present among humans, among colors, between forms, figure and ground, positive and negative. His emphasis on exploring perception and materials encouraged students to develop radical new ways of seeing the world around them, and to use materials in nontraditional ways.

Nowhere was this more evident than in his color studies or in his matiere exercises which required the student to try and trick or “schwindle” the eye into believing that something appeared to be something it wasn’t. For example, how do you make red appear brown or blue — gray? Or how do you make eggshells look like flower petals?

It was because of her matiere lessons from Albers that Asawa discovered a new use for wire on a visit to Mexico in 1947. A craftsman in Toluca, Mexico showed her how he made egg baskets by looping wire. Through experimentation, she would elevate this looping-wire technique from functional baskets to her original looped-wire sculptures. Her sculptures enclose space without masking it and incorporate shadow into the works themselves. Although the making of the looped-wire sculptures is a repetitive process, the conceptualization is complex and modern.

“When I’m working on a problem, I never think about Beauty, I think only how to solve the problem. But when I have finished, if the solution is not beautiful, I know it is wrong.” — R. Buckminster Fuller

Another significant teacher for Asawa was Bucky Fuller, who arrived in the summer of 1948 with “his magical world of mathematical models packed in an aluminum trailer.” He would attempt the first construction of his geodesic dome that summer.

His genius and gregarious enthusiasm for problem solving and experimentation electrified the entire community and made Asawa a life-long admirer. His first lecture, as later recalled by Elaine de Kooning, conveys the kind of excitement he created for the community:

“Bucky . . . whirled off into his talk, using bobby pins, clothespins, all sorts of units from the five-and-ten-cent store to make geometric mobile constructions, collapsing an ingeniously fashioned icosahedron by twisting it and doubling and tripling the modules down to a tetrahedron; talking about the obsolescence of the square, the cube; extolling the numbers nine and three, the circle, the triangle, the tetrahedron, and the sphere; dazzling us with his complex theories of ecology, engineering, and technology. Then, he began making diagrams on a blackboard. He drew a square, connecting two corners with a diagonal line. ‘Ah,’ he said affectionately, ‘here’s our old friend, the hypotenuse.'” — Elaine de Kooning

For Asawa, her time at Black Mountain was so transformative because its culture gave her the right to do anything she wanted to do. For the first time, she was expected to have an opinion. She encountered teachers who gave her the freedom and responsibility to fail or succeed as only she could, as a unique individual. She lived among strong, creative women  — Trude Guermonprez, Anni Albers, and Marguerite Wildenhain, to name a few  — who lived as working artists. Black Mountain College gave her the courage to become an artist and the creed by which she would live the rest of her life:

Explore a timeline of her life >

Learn about her arts activism > 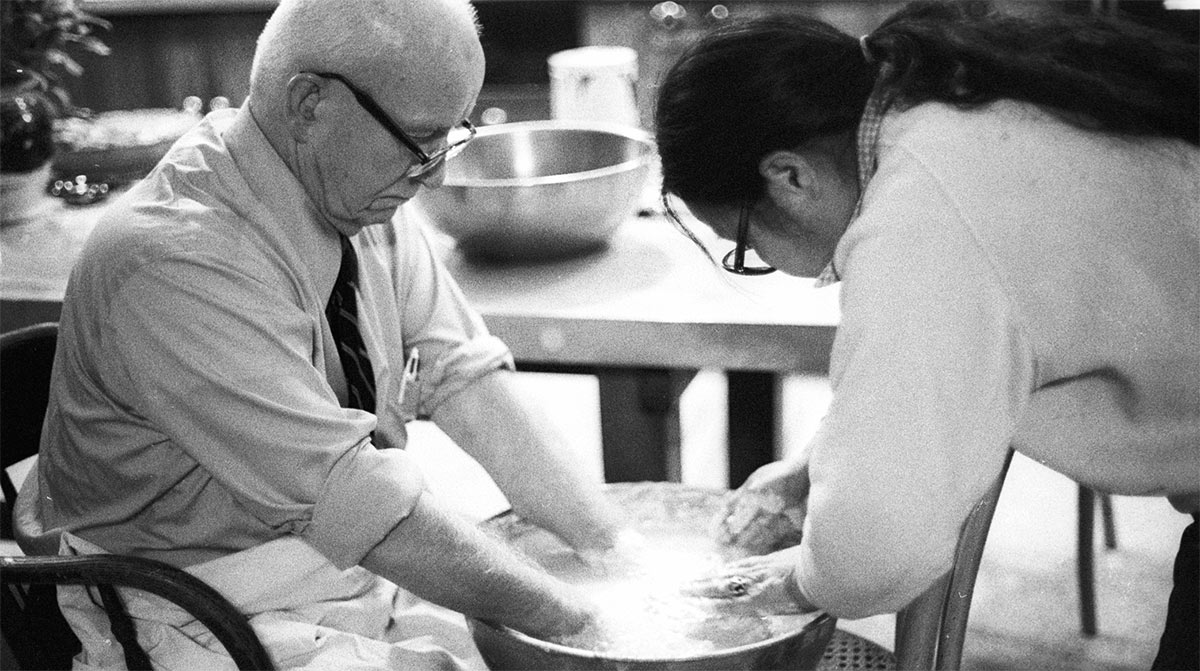 Asawa casting Fuller’s hands in her kitchen in the late 1970s. Photo by Victor Wong