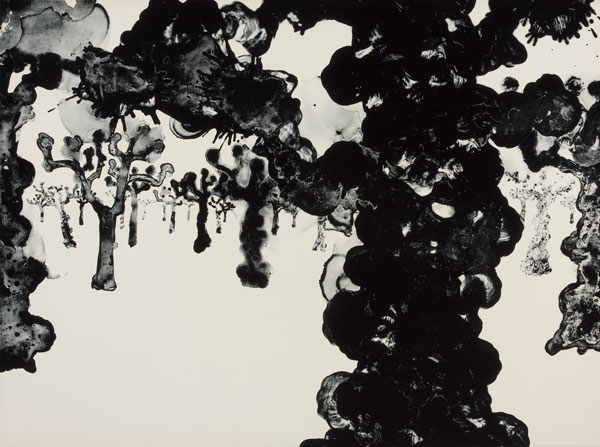 Ink, Paper, Stone: Six Women Artists and the Language of Lithography examines the prints of six critically acclaimed artists who visited Los Angeles in the 1960s to explore the art of lithography: Ruth Asawa, Gego, Eleanore Mikus, Louise Nevelson, Irene Siegel and Hedda Sterne. Each woman received a two-month fellowship at the famed Tamarind Lithography Workshop, founded by the visionary printmaker June Wayne in 1960. With its mission to train master printers and pair them with visiting artists, Tamarind was a nexus for the revival of the medium in America. Though each of the artists in this exhibition had already established her reputation in other media by the time of her visit—and only two had made lithographs before—they all found that lithography offered fascinating, new possibilities for exploring their aesthetic interests.

At Tamarind, Gego, Mikus and Nevelson engineered unique approaches to geometric abstraction, kineticism and minimalism in their lithographs. Sterne and Asawa created imagery derived from literature and nature, sources that had provided them with lifelong inspiration. Irene Siegel alone composed stylized, figurative vignettes that pop with vibrant color and bold lines. In the lithography workshop, these six distinct artists shared an interest in the physical properties of their materials, including ink and paper, which they exploited to convey a sense of the artist’s own hand in the process of making an image.

Describing her folded paper drawings from this period, Eleanore Mikus advised viewers to pay close attention, for “the more you look, the more you see.” Ink, Paper, Stone explores the significance of that observation in the works of art themselves, as well as in the lives of these groundbreaking women artists, who navigated the complex and competing expectations of an art world in which female achievement was measured by a different set of standards.

The museum is closed Tuesdays and Wednesdays, open from 12-5 all other days except Saturday, when it’s open until 7:00.