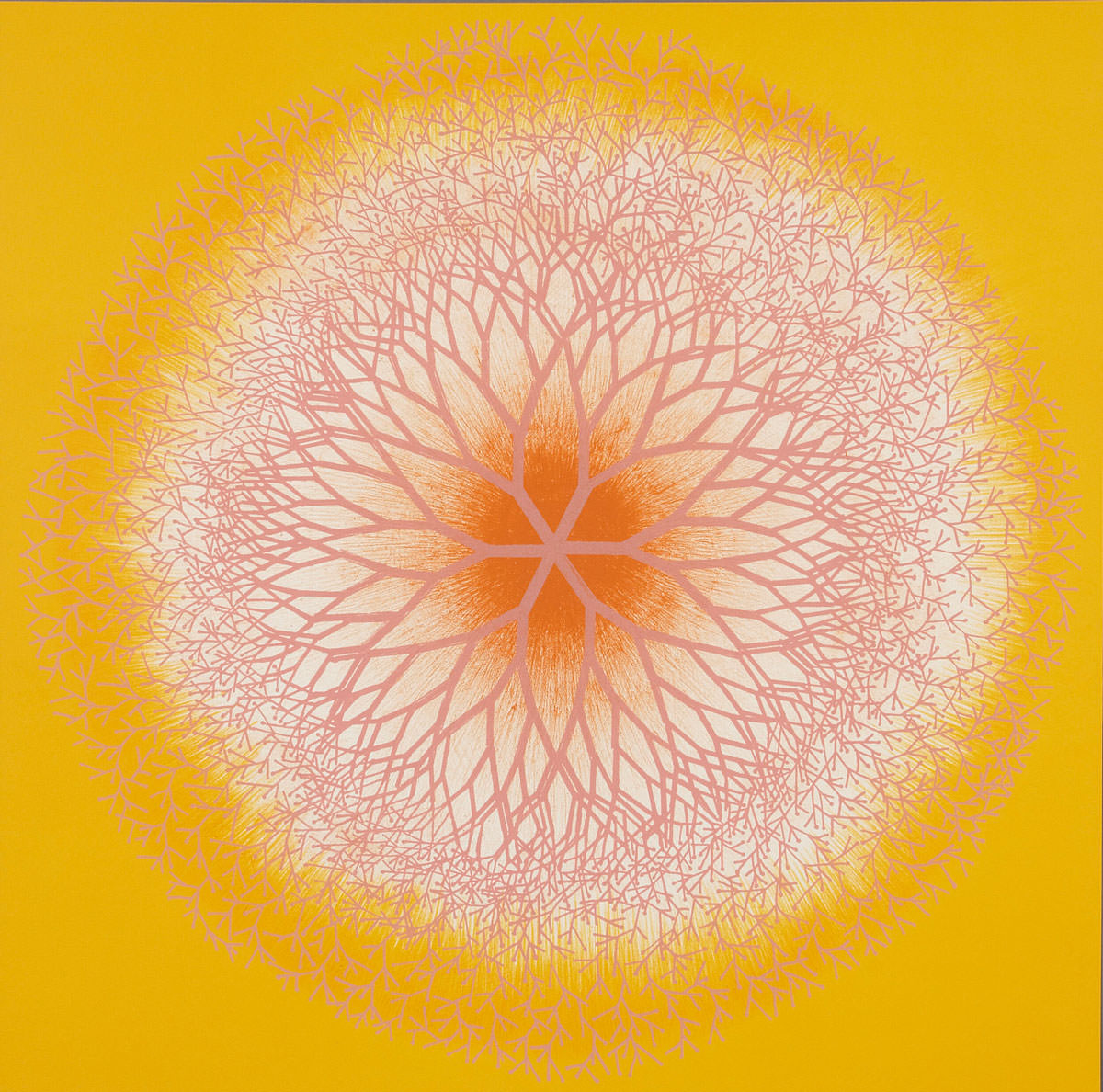 Drawn from the Museum’s permanent collection, Experiments on Stone: Four Women Artists from the Tamarind Lithography Workshop explores the prints produced by a group of artists at the Tamarind Lithography Workshop. Anni Albers, Ruth Asawa, Gego, and Louise Nevelson each completed two-month fellowships at Tamarind during the 1960s. Though they did not overlap with one another during their residencies, the connective thread between their varied bodies of work is the workshop itself.

Founded by artist June Wayne in 1960, Tamarind was conceived to fill a void in the output of prints produced by artists in the United States. The workshop was an essential site for experimentation and collaboration between artists and printers in Los Angles in the 1960s. Emphasizing collaboration, innovation, professionalization, and training, Tamarind served as a site for artists and printers alike to revive the medium of lithography in the United States, a technique which had dwindled just after mid-century due to economic pressures and the lack of master printers and print shops. Under the directorship of Wayne, several women artists were given the space to create and further the medium of lithography with unprecedented access to studio space and printers.

These four artists all worked primarily in media outside of printmaking for a majority of their careers—Albers is known for her textiles and weaving while Asawa, Gego, and Nevelson each developed unique sculptural practices. The fellowship at Tamarind proved to be a fruitful period for developing each of their practices, using lithography to work through their three-dimensional concerns and ideas on a two-dimensional surface. Situating these lithographs alongside sculptural or textile examples, this exhibition places this period of work in direct dialogue with each artist’s larger œuvre. Experiments on Stone explores each artist’s distinct inquiry into printmaking, underscoring the importance of this experimental time in each of the artists’ respective careers.

Experiments on Stone: Four Women Artists from the Tamarind Lithography Workshop is organized by MCASD Assistant Curator Alana Hernandez and made possible by gifts to the annual operating fund. Institutional support of MCASD is provided by the City of San Diego Commission for Arts and Culture and the County of San Diego Community Enhancement Fund.

This exhibition is part of the Feminist Art Coalition, a national platform for art projects that seek to generate cultural awareness of feminist thought, experience, and action. Working collectively, art museums and nonprofit institutions from across the United States will present concurrent events beginning in the fall of 2020.