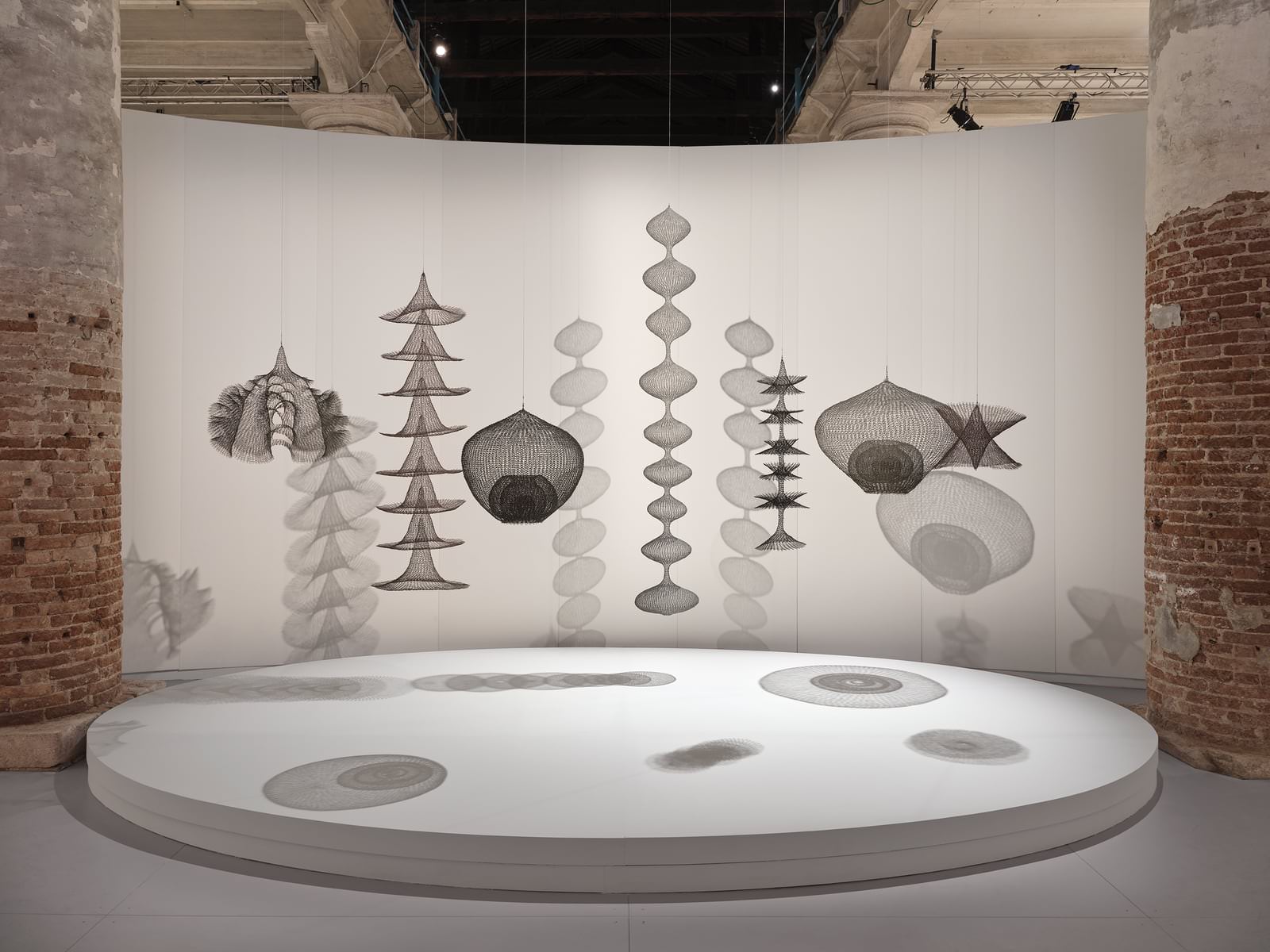 The Venice Biennale — art’s forever fraught answer to the Olympics — provides a precious opportunity to take the culture’s temperature and speculate on where things are headed. It’s where the art world announces new talent, revives becalmed careers and, just as often, submerges dreams of stardom in lagoons of indifference.

This year’s version — delayed by a year because of the pandemic — feels reassuringly familiar on the surface. Yet it is a biennale unlike any I can remember … I’ve been coming to the biennale since the late 1990s, and Alemani’s exhibition is one of the most intelligent and ambitious I’ve seen.” — Sebastian Smee, The Washington Post

The Milk of Dreams takes its title from a book by Leonora Carrington (1917–2011) in which the Surrealist artist describes “a magical world where life is constantly re-envisioned through the prism of the imagination. It is a world where everyone can change, be transformed, become something or someone else. The Exhibition The Milk of Dreams takes Leonora Carrington’s otherworldly creatures, along with other figures of transformation, as companions on an imaginary journey through the metamorphoses of bodies and definitions of the human.”

“As visitors move through the Exhibition in the Central Pavilion and the Corderie, they encounter five smaller, historical sections: miniature constellations of artworks, found objects, and documents, clustered together to explore certain key themes. Conceived like time capsules, these shows within the show provide additional tools of investigation and introspection, weaving a web of references and echoes that link artworks of the past – including major museum loans and unconventional selections – to the pieces by contemporary artists in the surrounding space. This wide-ranging, transhistorical approach traces kinships and affinities between artistic methods and practices, even across generations, to create new layers of meaning and bridge present and past. What emerges is a historical narrative that is not built around systems of direct inheritance or conflict, but around forms of symbiosis, solidarity, and sisterhood.” — Cecilia Alemani, Curator

Asawa’s work is shown in the Arsenale, which was the largest production center in Venice during the pre-industrial era. The Corderie was built in 1303 and then rebuilt between 1579 and 1585 on a project by Antonio Da Ponte – the sculptor and architect of the Rialto Bridge was once used to build mooring ropes, cables and ropes used on ships.

Alemani breaks up the run of contemporary works with discreet historical sections, each in a freshly designed display. These “time capsules,” featuring works by earlier 20th century artists (most of them women only recently getting their due), establish dialogues and rhymes across generations. — Sebastian Smee, The Washington Post

…All this without mentioning what, from a less subtle curator, would be the headline here: this is the largest Biennale since 2005, and some 90 percent of its artists are women … This Biennale would have been a failure if reversing the old gender bias were its mere endpoint. For Alemani, the exhibition’s disproportion has a much more precise aim: reconstituting the past to let us see the present with keener eyes. — Jason Farago, The New York Times

A hanging garden of sculptures by the unrivaled Ruth Asawa is included in another historical room in the show, called “A Leaf a Gourd a Shell a Net a Bag a Sling a Sack a Bottle a Pot a Box a Container.” The title alludes to a line from Ursula K. Le Guin’s 1986 essay “The Carrier Bag Theory of Fiction.” — Mark Russell, ARTnews

We are in yet another crisis today and might expect art of sobriety and austerity in response. But The Milk of Dreams refuses to meet that expectation. It is delirious, playful, phantasmagorical. It doesn’t meet crisis with a taut ideological counterpunch. It greets us, instead, with intimacy, frankness and imagination. — Sebastian Smee, The Washington Post

Read “A great Venice Biennale unfolds, against all the odds” by Sebastian Smee in The Washington Post >

Read “Looking Inward, and Back, at a Biennale for the History Books” by Jason Farago in The New York Times >