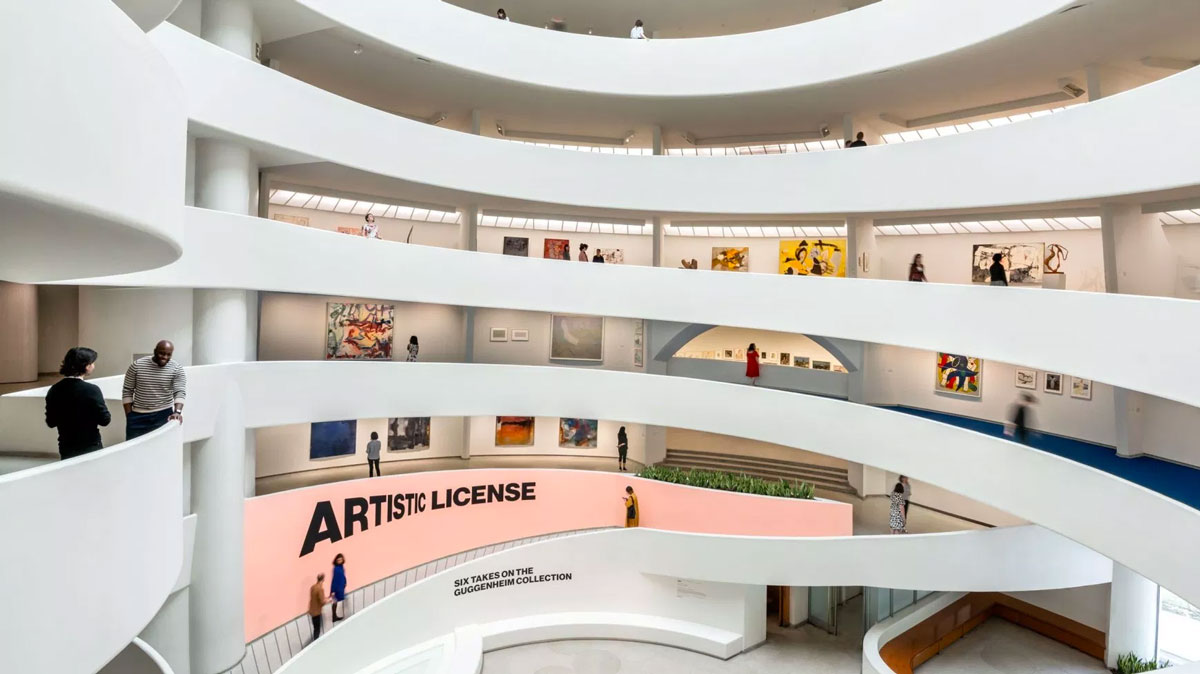 The first-ever artist-curated exhibition mounted at the Guggenheim celebrates the museum’s extensive collection of modern and contemporary art. Curated by Cai Guo-Qiang, Paul Chan, Jenny Holzer, Julie Mehretu, Richard Prince, and Carrie Mae Weems — artists who each have had influential solo shows at the museum — Artistic License brings together both well-known and rarely seen works from the turn of the century to 1980.

Each artist was invited to make selections to shape a discrete presentation, one on each of the six levels of the rotunda. With the museum’s curators and conservators, they searched through the collection in storage, encountering renowned masterpieces while also finding singular contributions by less-prominent figures. The resulting exhibition presents nearly 300 paintings, sculptures, works on paper, and installations, some never before shown, that engage with the cultural discourses of their time—from the utopian aspirations of early modernism to the formal explorations of mid-century abstraction and the sociopolitical debates of the 1960s and ’70s. On view during the 60th anniversary of the Guggenheim’s iconic Frank Lloyd Wright–designed building, Artistic License honors the museum’s artist-centric ethos and commitment to art as a force for upending expectations and expanding perspectives.

The museum is open from 10-8 on Saturdays. Every Saturday, from 5–8 pm, you can pay what you wish for admission (cash only). Suggested admission is $10 and the last ticket is issued at 7:30 pm.

Get New York CityPASS, New York Explorer Pass, and New York pass for discounted admission to the Guggenheim and other New York attractions. Learn more about these and other special offers, including a UnionPay discount, on the Discounts page.